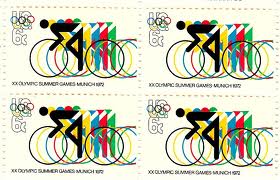 Yesterday was a red-letter day: I rode my bike for the full round trip to and from work for the first time since we moved so much farther from the office. When I rode to work the first Monday after we moved it took me something like 1:40 to go just over 11 miles for a one-way trip. Yesterday it took me just an hour each way to cover 22 miles.

It struck me as I was riding home that if I drove and ended up with a faster commute it would be through luck and coincidence: timing of traffic lights, presence or absence of heavy traffic at particular points, what time I left the office. It has little or nothing to do with me personally, beyond my decisions to take a particular route or exit.

Getting faster on my bike is completely within my control. Sure, i could hit somewhat heavier traffic, but being on a bike means avoiding the freeway, which is where the worst of the traffic snarls seem to hit.

I have to go through downtown Seattle and at times that traffic can be heavy, but I have a bike lane for the majority of that distance. Even if I didn’t have the dedicated pavement, if it got totally insane I would just get onto the sidewalk, walk my bike as a pedestrian, and roll right past all those cars stuck at the lights. That hasn’t happened yet.

I leave the office at different times of day depending on how intensely I’ve gotten buried in work, so I might be rolling through downtown at 5:30 or at 7. There might be a game–a serious consideration since my office is in Pioneer Square not far from the stadiums where the Mariners, Sounders, and Seahawks play and the streets are often swarming with people in blue and green logowear along with the cars driven by some of the fans prowling forlornly in search of parking (if you’d biked or taken transit, you’d be there by now). No matter what, I roll right through.

When I started this commute I was seriously out of shape for this kind of distance. I came to some painful realizations about this in the first week or so–quite a few of said realizations involving charlie-horse cramps running the full length of the leg, up to and including cramps on the tops of my feet (where, just for the record, there isn’t much to cramp, meaning that spasms are drawing those little tendons tight right over bone. Son of a gun, that hurts.)

That was less than two months ago. Backing off the crazy overdoing of the early days but continuing to ride regularly has quickly rebuilt my strength.

After all, biking is the single most efficient form of human transportation for the energy expended. Easier and five times more efficient than walking (remember, I bike because I’m lazy), no petroleum fuel consumption or CO2 emissions (presumably I would breathe even if I weren’t riding). It gets easier every time you do it.

My “training program” for this improvement hasn’t been fancy. I decided I could manage riding home three times a week, a distance of 11-14 miles depending on whether I take a shorter route that involves more climbing and more time on city streets or the longer, flatter route that winds around on the Burke-Gilman Trail. I gave myself full permission to ride into downtown from the office, where I conveniently go right past the bus stop for the express that serves my neighborhood, and put my bike on the bus rack if my legs were saying, “Hey you! Not today!” I tended to avoid doing the ride home two days in a row in the first few weeks, giving myself more recovery time between exertions.

I had one small goal, which was to build up enough miles to feel comfortable doing a 30-mile recreational ride, the Ann Weatherill Classic in Walla Walla just two weeks after we moved. That’s an outstanding ride, by the way–quiet rural roads and a feed at the end that includes the justifiably famous Klicker strawberries to follow the spaghetti and garlic bread.

Other than that, I just rode. I got better at riding longer. And as long as I keep riding I’ll keep getting better. Driving sure never offered me that kind of guaranteed payback.

*If that title sounds familiar it’s the English translation of the Olympic motto, Citius, Altius, Fortius. I’ve learned this motto is in the form of a hendiatris. (What’s that, you ask? A figure of speech used for emphasis in which three words are used to express one idea. Like “sex, drugs, and rock ‘n’ roll” or “Friends, Romans, countrymen, lend me your ears.”)

From the Wikipedia entry on the symbols of the Olympics: “The motto was proposed byPierre de Coubertin on the creation of the International Olympic Committee in 1894. De Coubertin borrowed it from his friend Henri Didon, a Dominican priest who, amongst other things, was an athletics enthusiast. Coubertin said, “These three words represent a programme of moral beauty. The aesthetics of sport are intangible.” The motto was introduced in 1924 at the Olympic Games in Paris. A more informal but well known motto, also introduced by De Coubertin, is “The most important thing is not to win but to take part!” De Coubertin got this motto from a sermon by the Bishop of Pennsylvania during the 1908 London Games.”

All of that applies to everyday biking.