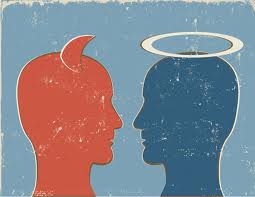 Sad to say I had my first jerk encounter with a Seattle driver during my first week of a much longer bike commute. The happy part is that I’ve lived in Seattle a full 9 months and this is the first negative interaction I’ve had with a driver of any kind. To date no one has buzzed me too closely, honked, flipped me off, or anything else.

Scene: Parking lot in the construction mess at South Lake Union, an ever-shifting tangle of barriers, cones, lane configurations, routing through gravel parking lots for nonmotorized users, and the like. I’ve gotten off Eastlake southbound and am riding through the parking lot as the option with best line of sight and visibility for all involved.

It’s a parking lot so I’m not going fast at all, watching as one must for the telltale flare of back-up lights if a driver’s pulling out. Plus, I am tired from that new long commute–I don’t have any fast left in me. In fact, I’m so wiped out I have stopped to get a bran muffin out of my lunch bag and I’m riding along chomping on that.

I’m riding my silver upright Mary Poppins bike wearing a white Bern helmet, with floral Po Campo bags strapped onto my bike rack. I’m wearing pants rather than my more typical skirt, but definitely don’t look “bikey” in attire or bike set-up. I mention this because of the speculation that women get better treatment from drivers than men and/or people dressed in regular clothing get better treatment than Lycra-clad clipped-in roadies (see related posts linked below under Related Reading).

A male voice from behind me yells: “Get out of the middle of the road!”

I look back and there’s a guy in a white car. I look forward and shake my head.

I realize even as I am doing it that I’m not really shaking my head to say no, I won’t do that. I’m shaking my head because I can’t believe the guy actually said that for the following reasons:

A: It’s not a road, sir, it’s a parking lot.
B: You’re here to find a parking spot, correct?
C: I’m in front of you. On a bike.
D: Therefore, I will not take said parking spot before you can get to it.
E: You’re very welcome.

I bet he got to wherever he was going at the same time he would have if I hadn’t been there.

Thank you, Seattle, for waiting 9 months before introducing me to the local jerk.

I did have a brief flash of “I should introduce myself to put a human face on this encounter in hopes that he will become a calmer, nicer person as a result” and circled back around one loop of the lot–during which time he too was still circling in hopes of finding a spot.

I then came to my senses, realizing that someone who will yell at you isn’t looking for enlightenment and going in search of a confrontation isn’t necessarily a wise move, especially if you’re alone and you don’t see many potential witnesses in the area. It was broad daylight, but still.

I have to tell the other thing that happened later in the ride just because it’s sort of an offset as a commentary on human nature. On First Avenue just south of Seneca a big truck for one of those document archive services pulled away from the curb, knocking over a metal trash can in the process when his truck’s back end swung around. The can wasn’t too full but there were latte cups everywhere (so Seattle–that’s all that was in there except for one can).

It happened right in front of me (going slow has its payoffs–no real danger since I was paying attention). I stopped at the curb behind the parked cars to try to get it out of the street.

It was too heavy for me alone. An older man and woman were going by who–judging solely on appearance because that’s all I had to go on and yes, I understand the limitations of stereotyping–are very down on their luck, and they stopped to help me. Together we got the can back on the sidewalk and the garbage picked up. As we were finishing another guy stopped to see if he could help. We all smiled and congratulated each other on being good citizens.