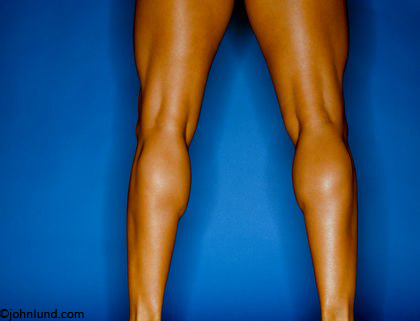 One of the many things I love about biking: It makes me feel strong. Not as strong as the women who are currently riding the Tour de France route ahead of the men, mind you, but still.

As I mentioned a while back after a bout of the flu, I measure my return to health by what I’m able to do on the bike (guess you could call that a recovery ride!). I know what gear I should be using to climb particular stretches on my route home, and I don’t like being in the granny gear any longer than I have to as I rebuild strength. Given the topography of Spokane hill climbing is not optional so I get the chance to take this particular test all the time.

In addition to climbing hills I sprint for the occasional light, since despite my usual effort not to sweat I find myself timing the lights in my own little race.

It isn’t just leg strength either. I routinely pick my bike up to carry it in and out of the house and up and down a flight of stairs, fully loaded with whatever I’m carrying around that day. I can wrestle the bike into and out of the back of a car if need be, not that this comes up very often.

With this strength, I can go places fast, or what feels fast to me. A rate of speed a driver would find painfully slow, say, 18-20 mph, feels really fast when you’re making it happen yourself. I take satisfaction from the feeling of flying along under my own power, making my own breeze on a hot day. The evaporative cooling effect seems to outweigh the muscular work effect so I feel cooler overall (until I stop, that is).

Adding to the feeling of strength is the distance I can cover on a bike. If you compare biking to walking or running, this represents a big capacity differential. A weekend jogger who might cover 2-3 miles on a regular route won’t spontaneously head out the door to run a marathon. But I can springboard easily from my daily commute—typically 5-8 miles or thereabouts—to a weekend ride of 30-40 miles or more. As long as I’m properly fueled I can ride a long way just with the strength I’ve developed from a relatively easy commute.

I think this feeling of strength is important for women for a couple of reasons.

Another is that we get plenty of signals that we’re not (as) strong, not (as) competent (as men). (The annoying parentheses and doubled-up grammatical structure are to emphasize the fact that people may not state the comparison to an assumed baseline norm, but it’s still there.)

Just as I feel more mechanically competent with my bike than I do with my car, I feel stronger because I ride. I also get to feel strong occasionally because I–in a direct battle of the sexes–get to chick a guy now and then.