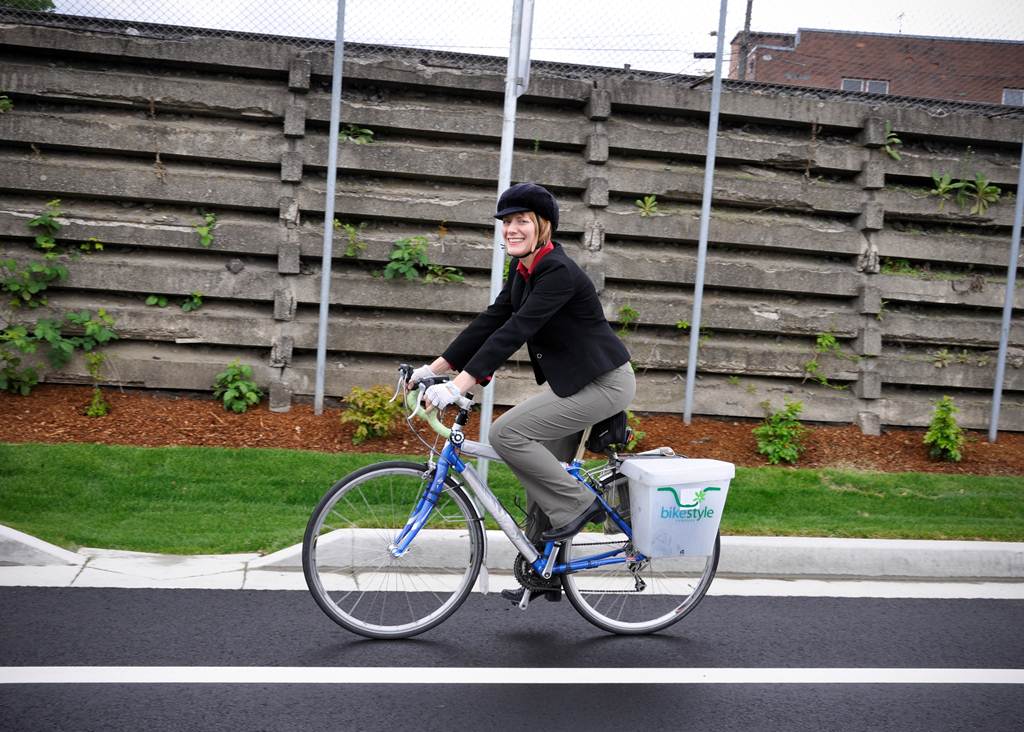 An updated version of this post appears on the Washington Bikes blog, Personal Privileges and Biking: It Takes More than a Bike Lane to Start Riding

A few weeks ago I had the wonderful opportunity to give the luncheon keynote address at a conference on Equity and Health in Transportation, put on by the Seattle-King County Public Health District and held in Tacoma. This came at a good time, as it let me express some ideas that have been crystallizing in my mind for some time now and that were reinforced when I went to the Alliance for Biking and Walking Leadership Retreat, Pro Walk/Bike/Place, and the National Women’s Bicycling Summit, all within one week.

The way I used to tell the story of how I started bike commuting, it was an infrastructure story: I started riding because the city put a bike lane in front of my house. Short, sweet, simple–and grossly oversimplified.

Granted, infrastructure and other visual cues are incredibly important tools to build bicycling, and more so for women than for men because of the greater attentiveness to possible risk that shows up in studies of women across many realms.

But when I started unpacking the invisible bag that I carry with me through life I found many other factors beyond infrastructure that made it possible for me to get on two wheels.