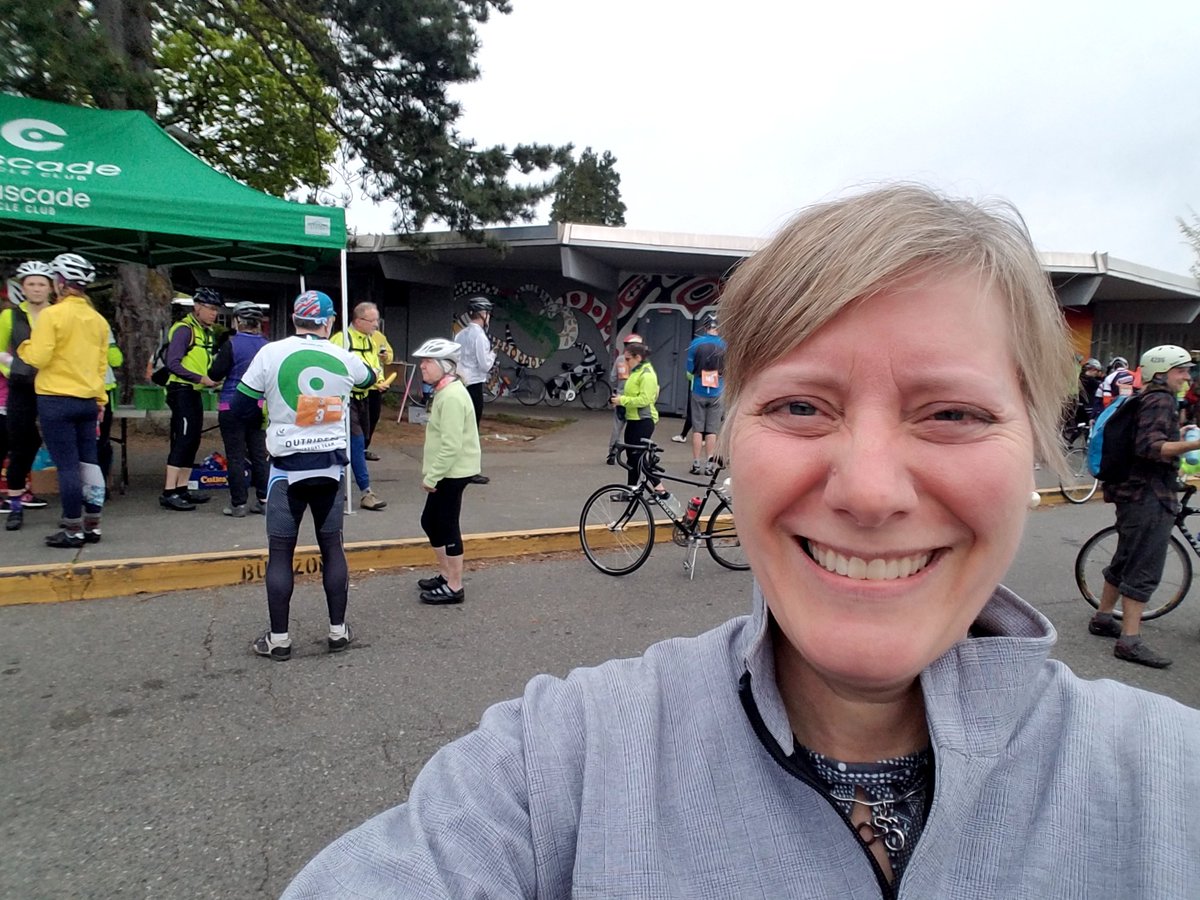 Telling people about my progress in sticking to a commitment definitely helps keep me on track. I saw that in 2014 when I set myself up to post a word and picture every day of #30DaysofBiking. I managed it in April 2013 and September 2011, another year that I made extra work for myself by writing a blog post every day. And now 2017 is on the books. Possibly not my most fascinating blog posts ever, but I’m staying accountable.

Monday April 24: Dragged my bike with me in the car to Olympia, then didn’t use it, so when I got home it’s a good thing Sweet Hubs was available to go for a two-wheeled coffee date. 1.5 easy miles.

Thursday April 27: Another of those “okay, I checked the box” spins with Tessa around the driveway.

Friday April 28: Torn between riding home and catching the bus, I realized I’d left too late to catch it, but maybe if I rode really fast I could catch it at a stop down the line. Or I could just ride the route for as far as seemed interesting, then stop and wait for the bus. Thus I discovered how bad 4th Ave. South is for the stretch south of Pioneer Square, with lots of fast car traffic, no bike lane, and a nice sidewalk that comes to an abrupt end so that’s not really an option either. I sprinted south for a while, then decided I wasn’t having enough fun to continue. I’d only gone a couple of miles and decided I’d turn around and zip back to catch the bus where the whole adventure began. At least it was sunny. Around 4 miles.

Saturday April 29: This was my big day — the most mileage I’ve ridden since that little elbow business started. I did the Ride for Major Taylor, a fundraiser for a super Cascade Bicycle Club program. It was 24 challenging miles — lots of hills on the route that circled through several neighborhoods south of Seattle — and got colder while we rode, but it felt great.

Sunday April 30: In a great finish to the month I put my bike on Amtrak Cascades to head to Vancouver for a conference and road from the train station to the hotel. An easy 1.5 miles to round out the 30 Days.

30 Days of Biking helped me firmly embed my bike habit and got me all warmed up for the #BikeEverywhere Challenge. Happy pedaling!