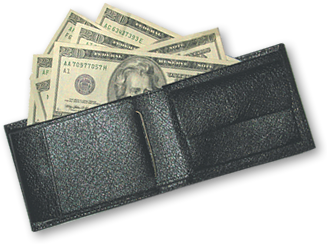 What I supply to the street system even if I never drive a car: plenty of funding.

If I had a dollar for every time I either hear or read that “people on bikes need to pay for streets” I could put in bike lanes all over Spokane, it seems at times.

I see it on Facebook. I hear it from people. I read it in the media from people who should know better. December 29, 2011, for example, the Spokesman-Review opined that, while complete street designs are worthwhile, “the extra costs—if there are extra costs—will fall exclusively on motorists”.

Oh, and by the way? I ride a bike and I’m an occasional motorist and I take transit, so go figure out how that works with your new math.

As Peter Duffy pointed out in a great follow-up letter to the editor, the editorial perpetuated myths about the public funding of streets. We need to debunk those myths.

Thus every time I pay sales tax for any purchase—including my bike-related shopping—I am paying for streets without driving a car.

When we bought our house we paid the REET—so we paid for streets without driving a car.

The state’s arterial street fund comes from fuel tax and from whatever else the legislature might want to put into it. Not that they’re coming up with lots of extra dollars these days but if they did that would have to come from the state portion of the sales tax, which I most often pay without driving a car.

The City of Spokane instituted a new $20 car tab fee and created a Transportation Benefit District. I pay that $20 per year whether or not my car ever leaves my driveway. This particular source got enacted with the directive that 10% of the funds be utilized for pedestrian projects.

And some years I pay for streets and highways in part through my federal income tax. For several years the general fund has been tapped to supplement the federal fuel tax for transportation projects to the tune of $8 billion in 2008, $7 billion in 2009, and $14.7 billion in 2010.  And of course many of the stimulus projects undertaken in an effort to address our sagging economy were transportation-related–and all were funded from the general fund, not the Highway Trust Fund.

Overall, “fuel taxes and other direct and indirect user fees currently account for less than 60 percent of total system revenue (federal, state, and local), so that users do not bear anywhere near the full costs of their travel” (from Paying Our Way, the report of the National Surface Transportation Infrastructure Financing Commission).

Other than the federal fuel tax under the current federal transportation policy, the city’s TBD is the only transportation-specific tax or fee I pay that has a proviso addressing more than one mode in our network. And that bike/pedestrian element in federal policy is under attack right now. If some of the House Republicans have their way there will be no federal funding for my #1 transportation mode even though I’m paying for it.

This very brief discussion of revenue sources for street construction and maintenance doesn’t begin to touch the true social costs of single-occupancy vehicle traffic–little things such as reduced productivity due to congestion and the stress of driving, increased air pollution, increased healthcare costs, and lack of funding availability for other societal obligations such as education, among others. Not only are drivers not paying the actual full direct cost of providing streets–they’re not beginning to touch the additional costs.

Check out this report from CEOs for Cities: “Greener, More Connected Cities Could Experience Other Benefits.” This is put out by a bunch of business leaders saying we need to invest more in active transportation for the economic return and the effect on those externalities I just mentioned.