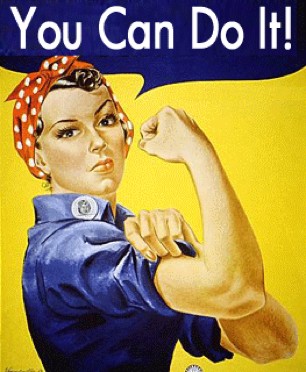 The first half of April went pretty swimmingly, even with some travel in the mix. I did a decent job of planning how I would fit a bike ride in on days that had travel complications, rode every day, and tallied 34.4 miles April 1-14 (it’s not about the mileage).

April 15: 1.42–This turned out to be a special day. My bike ride took me from my sister’s home in Lewiston, Idaho, to the dementia care facility where my mom lives–alone, since my dad died last November, but surrounded by other people (mostly women) who, like her, don’t have much left of who they used to be.

We spent quiet time with me holding her the way she used to hold me to pat my back and tell me everything would be all right, and it was one of the best visits I’ve had since the woman who was my mother pretty much packed up her personality and memories and left years ago. Sweet Hubs had headed out to rack up training miles along the Snake River; he met me at the care facility and we rode back up a trail that climbs the hill toward my sister’s house, loaded the car, and drove to Pullman.

April 16: 3.02–After a great Pullman Bike Love Party Monday night for the Bicycle Alliance, we had a meeting Tuesday morning with a number of leaders from the community and Washington State University to talk about what’s happening in bicycling and how we at the Bicycle Alliance can help it grow in the Palouse.

They were holding a workshop on campus for the bike/pedestrian plan under development by Alta Planning so I got advice from the great guys at B & L Bicycles about the best way to get to campus and tackled those Pullman hills. There’s no shame in admitting I got off to push twice climbing the steepness through Reaney Park and some back streets; then I got to enjoy all that earned acceleration whizzing down Stadium Way.

April 17: 1.0–First day back after 5 days of travel and it was a long one, but for a great reason: I had to stick around the office to finalize and push out the blog post and news release announcing the passage of the Neighborhood Safe Streets Bill, the #1 policy priority of the Bicycle Alliance of Washington for the 2013 legislative session. We did it! Nothing exceptional about the ride except that I was back on my Mary Poppins bike in Seattle after 5 days of using my road bike on the road in Spokane and Pullman.

April 19: 4 blocks, at night–This was definitely a “check the box” ride. The day started and ended with long, exhausting driving duties, reminding me that I really no longer like driving (something I used to enjoy). The morning involved Seattle-Bellevue-Seattle-Olympia, through pounding rain. The purpose of the trip: Testimony before the House Transportation Committee on the proposed transportation revenue package.

The evening involved a 3-hour trip to get back into Seattle from Olympia, which is only one hour away (traffic! traffic! People, for heaven’s sake ride the bus!) on the parking lot that was I-5, with an add-on into north Seattle. Yuck. After a delicious dinner cooked by Sweet Hubs and some couch/movie time, I took my commuter baby out, wheeled a couple of blocks up the street, and coasted a couple of blocks down. On the plus side, I missed all the rain and it was cool and pleasant.

April 20: .7 with a walk back–A fun surprise popped up: My younger sister and her partner of many years came to Seattle for her birthday weekend. Sweet Hubs and I biked up to Andaluca for an amazingly delicious dinner with them (killer great service, too) and enjoyed lots of catching up.

Hubs then biked back home while I accompanied the vacationing couple to see Flashdance, The Musical (“She’s a maniac, maniac, on the floor….”). Afterwards we walked through a fine mist/rain, me pushing my bike, to get a nightcap at McCormick & Schmick. FYI in case it comes in handy, there’s something called a chocolate cake shot. The version we had has a sugared rim, not a cocoa powder rim. I missed the instructions about the lemon slice so perhaps didn’t get the full effect but it was more than tasty!

April 21: 2.5–Another date with Sweet Hubs, this time a bike ride to Macrina Bakery. We passed by the Endless Knot women’s boutique on the way there and I mentioned that I wanted to stop there “someday.” Sweet Hubs is a happy collaborator in picking out things for me to wear so after our coffee and snack we stopped in and I picked up a thing or three. We then biked back to catch Oblivion at Pacific Place (love us some science fiction-y action) before heading home for dinner.

Coming up: A challenging push to the finish with another bit of travel this week. Can I do it this year?

Total this week: 8.64 miles (I didn’t count any mileage for that 4-block spin–too laughable.)

I’m not exactly racking up the miles the way I was toward the end of March, but I’m still rolling. And as it happens, I’m still making decent progress toward completing a coffeeneuring challenge (7 coffee stops over the course of 6 weekends). That dinner at Andaluca included a post-prandial coffee with Amarula and we hit Macrina; the first two weeks I made it to Zeitgeist in Seattle and Lindaman’s in Spokane.