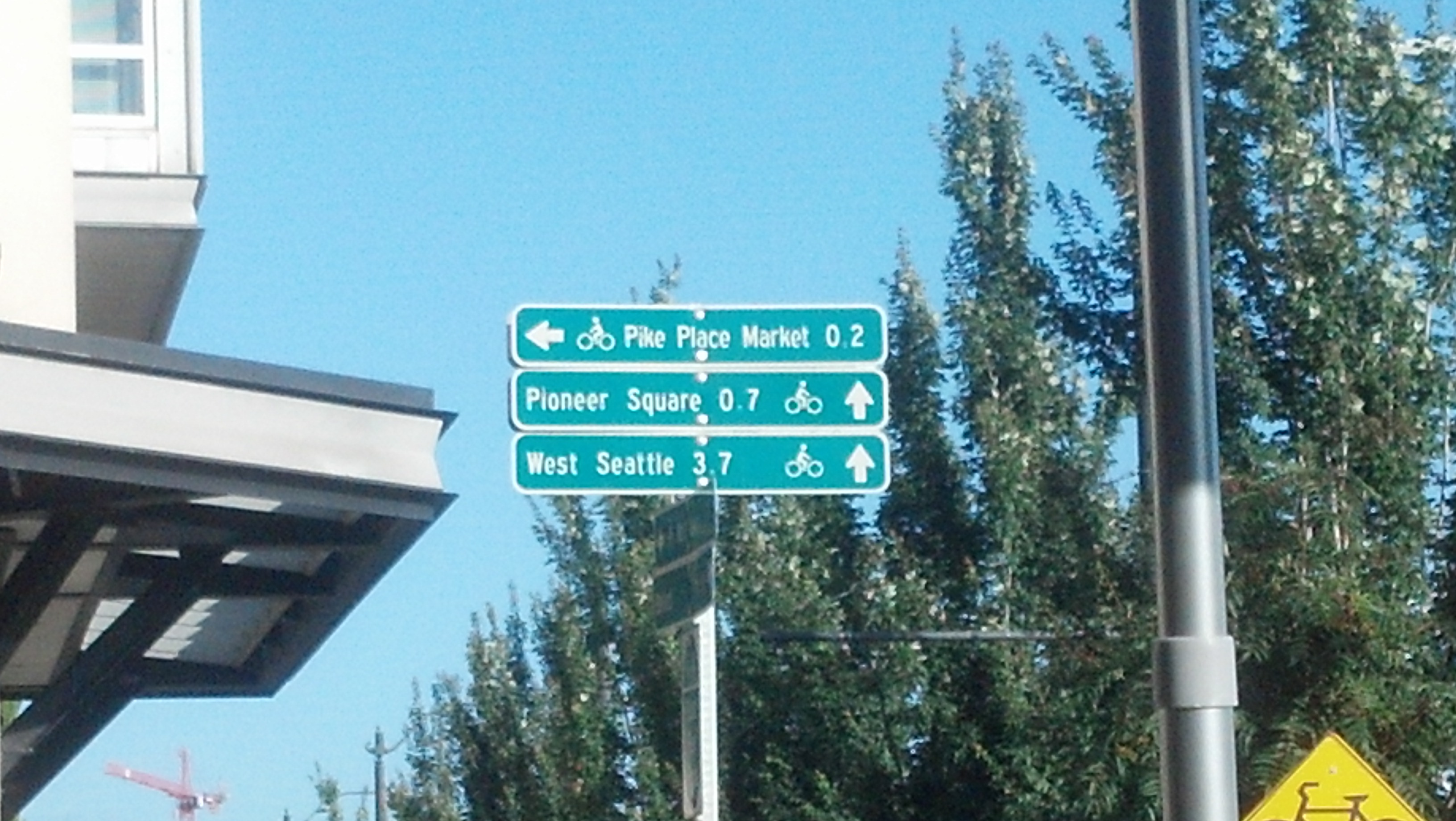 My bike experience in Seattle is all of 53 hours in duration, following a cross-state move and coinciding with the first few days in a new job, so consider this a series of blurred snapshots—about like what I’m able to take on a cellphone when I’m in a hurry and keep accidentally toggling the wrong options.

My riding circumference has been very, very small, reaching only from First and Seneca to Fourth and Jackson, so this is in no way a comprehensive view of riding in the area. What I’ve seen/heard/experienced so far: