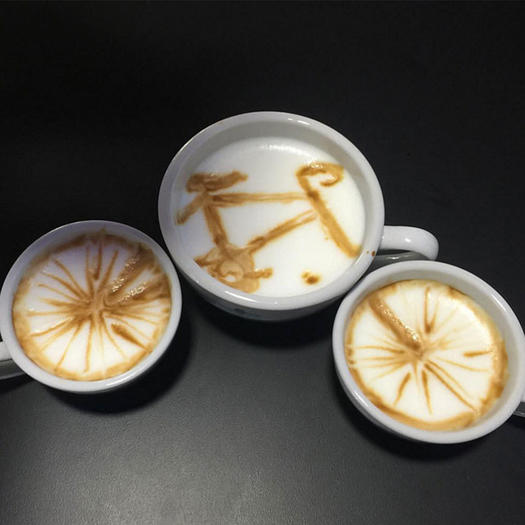 Well over a year ago I started a new habit: reading poetry every morning with my coffee. Why poetry? Partly for what it isn’t.

Along the way I started collecting poems with references to bicycling. I didn’t go searching for those; I get enough bike content on a daily basis. They turned up serendipitously, like something beautiful or interesting or strange spotted on a bike ride.

They aren’t all “bike poems” in the sense of being poems about bicycling. Many provide a glimpse of a bicycle as part of the observation of everyday life; some use the bicycle as metaphor; and yes, some straight up praise the joy and freedom of bicycling.

I started a thread of these on Twitter and invited people to suggest others so the list grew.

Do you have a favorite poem about bicycles, or one that mentions them? Starting a thread because I’ve run across a couple recently that I had never read before, hoping to find more.

I expect the list to keep growing (whether or not there’s a Twitter where my thread can keep growing is a separate question). I offer this roundup of links with a line or excerpt from each.

“Bike” by Michael Laskey:
“…pulling me
clear of the wheel of myself.”

“Things I Learned at University” by Kate Bingham:
“How to bike on cobblestones and where to signal right.”

“Table” by Edip Cansever, translated from Turkish by Julia Clare Tillinghast and Richard Tillinghast:
“He put there the light that came in through the window,
Sounds of a bicycle, sound of a spinning wheel.
The softness of bread and weather he put there.”

“One Candle Now, Then Seven More” by Brad Aaron Modling:
“We might
spin till we collapse, but we still

have a hub: Even at dusk,
the sun isn’t going anywhere.”

“Machines” by Michael Donaghy:
“Dearest, note how these two are alike:
This harpsichord pavane by Purcell
And the racer’s twelve-speed bike.

The machinery of grace is always simple.”

“The Ingredient” by Martin Stannard:
“A bike has it, if it is a very very old bike.”

“Ode: To depict a (bicycle), you must first come to love (it)” by Gillian Allnutt:
“I swear by every rule in the bicycle
owner’s manual

that I love you, I who have repeatedly,
painstakingly,

with accompanying declaration of despair,
tried to repair”

my bicycle beside me in the withered & yet-to-be leaves,

& my eyes closed fast beneath the mystery of migration, the flock’s rippled wake:”

“Stage 5: Irun to Bilbao” in a poem series on La Vuelta 2022 by Dane Hamann:
“The day spent spending
legs, energy, chances,
cutting through
the crowded slopes,”

“Boggle Hole” by Cliff Yates:
“Two new mountain bikes chained to the fence,
three horses lean over, bite at the tyres,
get the chain between their teeth,
eat most of a saddle and a handlebar grip.”

“Ode to Bicycles” by Pablo Neruda:
“and waiting
at the door,
the bicycle,
stilled,
because
only moving
does it have a soul,”

“The Migration of Bicycles” by Nancy Willard:
“…yet a whole pack
will stand for hours in the rain

yoked to each other, chained to the rack
till the shops close.”

“Sunday on the Bike Path” by Richard Greene:
“Bicyclists pass:
some properly uniformed
in Star Trek helmets and Spandex,
some violating the dress code shamelessly;
families with kids on small bikes,
littler ones in child seats and trailers,…”

“The World Has Need of You” by Ellen Bass:
“A boy on a bicycle rides by,
his white shirt open, flaring
behind him like wings.”

“notes from the observatory, part 2” by Maya Stein:

“A best friend was anyone who got on their bike and rode alongside you.”

“signs of life” by Maya Stein:

“and the boy was riding a bicycle, and his mother was keeping a few feet behind him,
hair loose at her neck, arms untethered, watching herself let go and watching him fly.”

I’ll close with gratitude to @bonnevivante on Twitter for pointing to this last one. It’s perfection. The last line in this poem is chef’s-kiss.

“The Bicycle Poem” by Mary Fons:

Did this introduce you to a new-to-you poet? A sub-genre of poetry you’ve been following for some time, or one you hadn’t ever really thought about? Have you written a bike poem you want to share? Your poetry and links invited in the comments! I fully anticipate another post like this in the future.