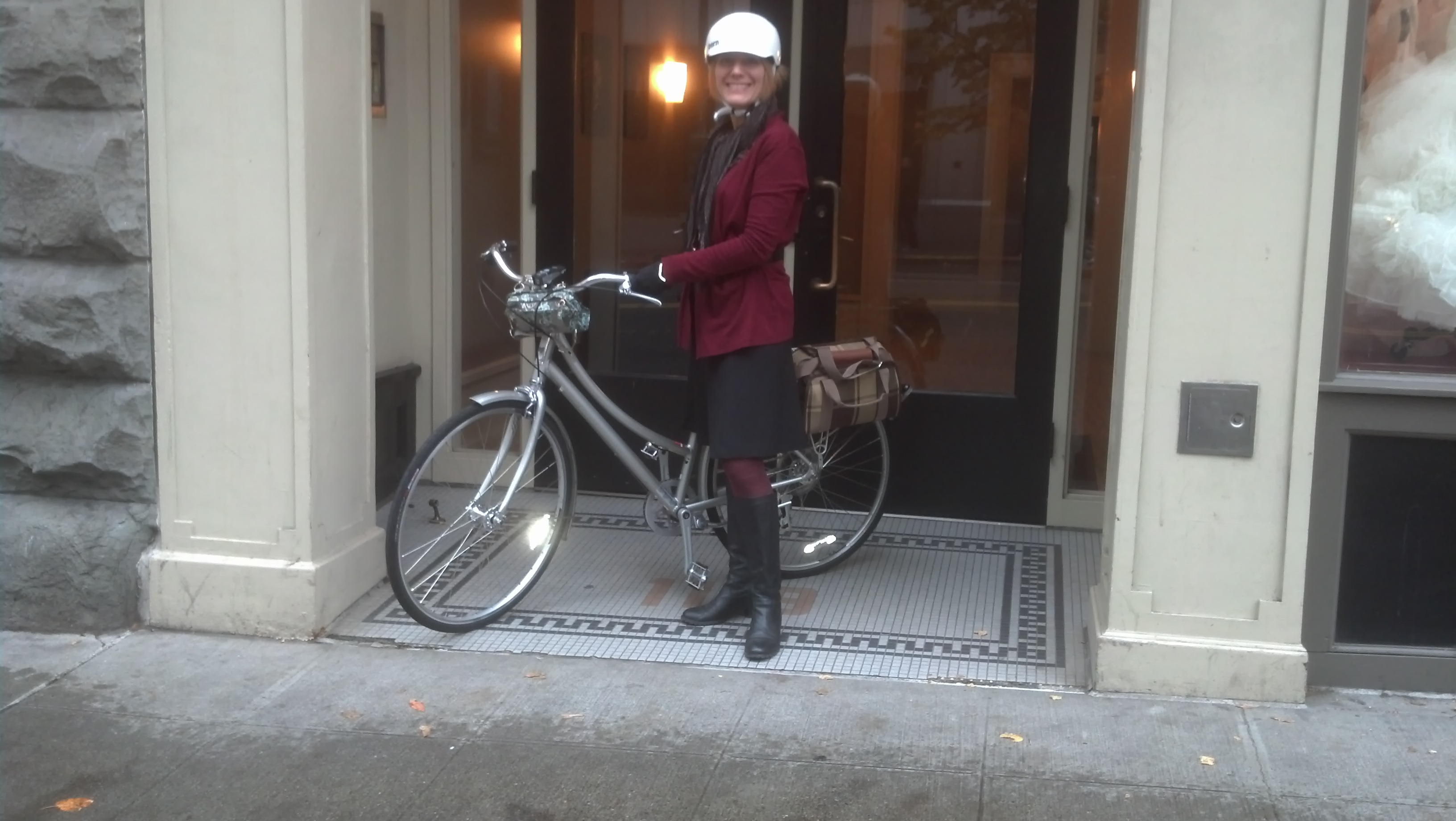 Ask someone what kind of bicycle they have and they may describe it as a road bike, upright or city bike, gravel bike, mountain bike, family bike, cargo bike, fat bike, trike or tricycle–the list goes on, and for most of these it may also have an e-assist so it’s an e-bike.

If it isn’t an e-bike, what term describes the bicycle that doesn’t have an electric pedal-assist motor?

On Twitter (RIP) I’ve read and used a variety of terms. A recent tweet asking the funniest thing anyone ever got mad at me for on the platform reminded me yet again of this wording question.

what’s the funniest thing someone’s ever gotten mad at you for on here. i think mine is when somebody told me i was rich and privileged for saying back service corridors at malls are scary at night when i was in the service corridor bc i worked there — cait (@punished_cait) November 17, 2022

I referred to traditional bicycles as “acoustic” in a discussion of e-bikes. Got lambasted by a bicycling musician who wanted to mansplain at me. Turns out he searches out uses of that phrase and jumps on others too. Plus he only plays one instrument and I play two.

It was almost exactly a year ago that I had that exchange with the angry biking musician. When I searched on Twitter I found my follow-up commentary, which I deliberately kept separate from the original thread with That Person because trolls gonna troll.

Humorless people On Here have informed me that I should not use the term “acoustic bike” when comparing my analog bike to my ebike. I submit in evidence Exhibit A https://t.co/uVeJNCxJaR. #EBikes #BikeLife #BikeStyle

Bringing this question back around on Twitter yielded new fun finds, like Frank Zappa playing the bicycle on the Steve Allen Show in 1963.

Possibly the single most apropos usage of the term: the Acoustic Bicycle Tour by Taylor Ho Bynum, a musician traveling by bike.

I’ve also referred to traditional bicycles as “analog”. So far no bicycling programmers have jumped on me to explain the difference between digital technologies and analog ones. So far.

The thing is, e-bikes actually fulfill characteristics of being analog in that you can keep riding them even if the battery (thinking of that as the “digital” component) goes dead. So essentially the bicycling “signal” is continuous.

(OK, yes, not a perfect application of the analog/digital analogy, but not bad. Plus, I should get bonus points for “analog analogy”.)

Of course I had to run a Twitter poll while I still can.

What term do you like for traditional (non e-bike) bicycles? Propose other answers via replies. — Barb Chamberlain (@BarbChamberlain) November 19, 2022

Early returns went strong for “acoustic”. I invited people to reply with options beyond those I could list in a 4-item Twitter poll and got these:

I ran a Twitter search and found plenty of people using “acoustic bike” in a non-sarcastic sense, including a bike mechanic who works on both. Ditto plenty of references to “analog bike,” including ones in coverage from bike industry media comparing sales of the two types. In that search I also turned up quite a few artists referring to analog drawings as compared with digital art with the same connotation I have, which is that one is not superior to the other, they’re simply different approaches to the activity.

This battle has made its way to the Urban Dictionary, where you can upvote either the angry definition or the happy smiley definition of “acoustic bike”, although “analog bike” hasn’t made its appearance there yet. (A hat tip/helmet tip to @LloydAlter for bringing up this entry via Twitter.)

Googling around turned up more candidates: Legacy. Retro. Proper (no judgment there). Original. Plenty of bike shops advertising that they sell and work on acoustic bikes.

After all this, I still think the real point is that you’re on a bike/bicycle/trike/tricycle of any flavor or format whatsoever. You’re experiencing the joy that comes with being in and of the world, not boxed away from it. Ride on! And while you’re at it, quit picking on someone else’s choice of words to describe an activity you both love.

Usage note: I don’t know that I’ve ever read someone using “e-bicycle” or “e-tricycle”. The e-prefix seems always to attach to the shorthand “bike” or “trike”. I notice a contrast here between the informal usage for the pedaling devices, and the more formal use of “electric vehicle” for e-cars, although they did shorten that to “EV” for everyday usage. Under Washington state law, bicycles and tricycles are defined as vehicles so an e-bike is an EV, technically.

This is why I make a point of referring to e-cars. Let’s all remember they’re still cars (or, God forbid, electric Hummers), with all the side effects that cars bring for the transportation system including their sheer geometry, their mass in an impact with a soft human body, the noise of their tires on the road, their storage space on public right-of-way (which some folks refer to as parking). That is to say, their emissions are cleaner but they’re still cars. Or SUVs. Or pickup trucks. With electric motors. I guess I’m starting a whole other blog post on the need to redesign and rebalance our streets for safer maneuvering no matter what kind of motive power the steel boxes have in what was meant to be a footnote so I’ll just stop now and leave this here.

Think about how absurd this all is: We allow this Hummer EV (9,000 pounds, 1,000 HP and 0-60 in 3 seconds) on our streets then have the nerve to ask kids to wave flags to cross the goddamn street. What the hell are we doing? Seriously. pic.twitter.com/SNPrv2OBrO