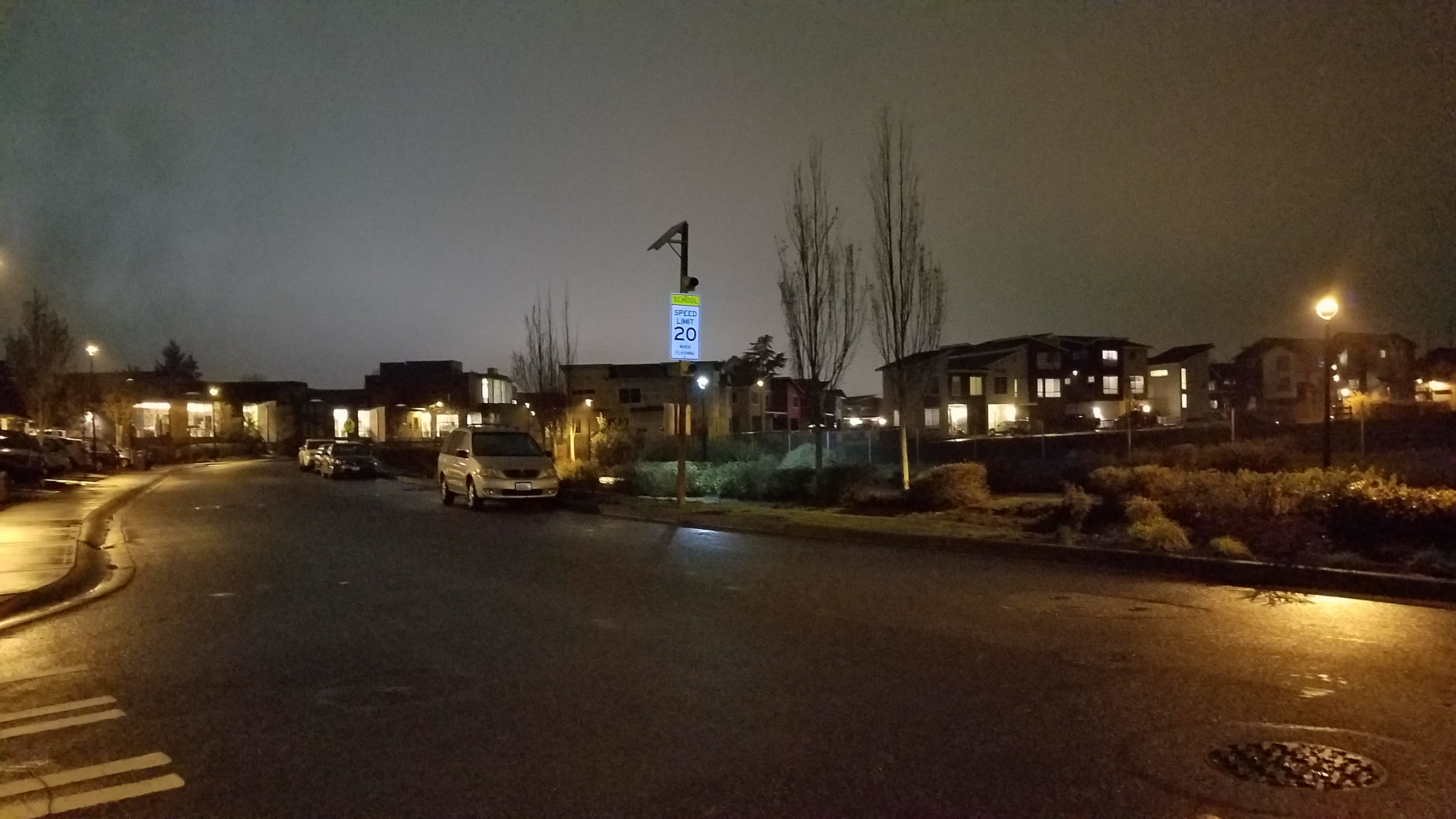 After a long day of sitting and staring at a computer screen for close to 12 hours (you don’t want my in-box) I looked forward to getting out on the bike. Naturally I had waited long enough that I missed the daylight. I also missed whatever gaps in the mist there may have been during the day. You couldn’t really tell it was raining from the front porch but I put on a warm heavy wool coat, turned on all the lights on the bike, and opened the garage door.

Sure enough, mist began to collect on the lenses of my glasses for that Monet effect. For a brief second I thought, “I could just check the box. That totally counts.” And then I thought about Spot.

Now for the record there is no Spot. We don’t have a dog. If we had a dog. said dog’s name would not be Spot. But I have friends who have dogs. And if I spend the night with them I know that rain or shine, snow, wind or hail, the dog still needs to go outside. That dog’s human, who would rather stay snug in bed under the covers listening to the howling blizzard outside, still gets up and puts on a coat and boots and gloves and goes outside with Spot. Because Spot needs a walk.

So I started out thinking, “Hey, I should treat my own body at least as well as I would treat a dog. I would take a dog out for some exercise because that dog needs it whether or not I feel like doing it.” My imaginary Spot and I set off for our outing. That was my first motivator, walking the dog. That we don’t have.

Then once I was out on the bike I thought, “Well, yeah, I teleworked today but if I had gone to the office I would at least have ridden as far as the bus stop.” And yes, I would have ridden rather than walked. It’s a little under 3/4 of a mile to the bus stop. I bike because I am lazy. So I decided I would ride to the bus stop.

Along the way I stopped to admire the lights of the city from our little hill. Once I got to the bus stop I went a little farther since I wasn’t really catching the bus and turned down the next street just to see what was there. This represents what I called a “‘splore” in honor of Winnie the Pooh when my children were little — a walk or bike ride with no particular destination in mind, just to find out what was out there.

This took me into a little section of the neighborhood I would probably otherwise never see. It’s not on our usual route to Dubsea Coffee or the Greenbridge Cafe, nor is it on my commute to work. But there it was, homes with glowing lights and people inside warm and cozy because they had already walked their dogs earlier in the evening during the break in the rain.

When I stopped to take a picture of this idyllic little neighborhood scene, that’s when I heard the frogs. Their heartfelt spring peeping had probably been there all along but the sounds of my tires on the pavement had masked it. Stopping near a green space, though, gave me the full spring chorus effect. They shrilled and sang and called and looked for love. I sat there for a few moments, enjoying this little dose of a different kind of night magic. Then I pedaled homeward, thinking about what we would name a dog if we ever got one.