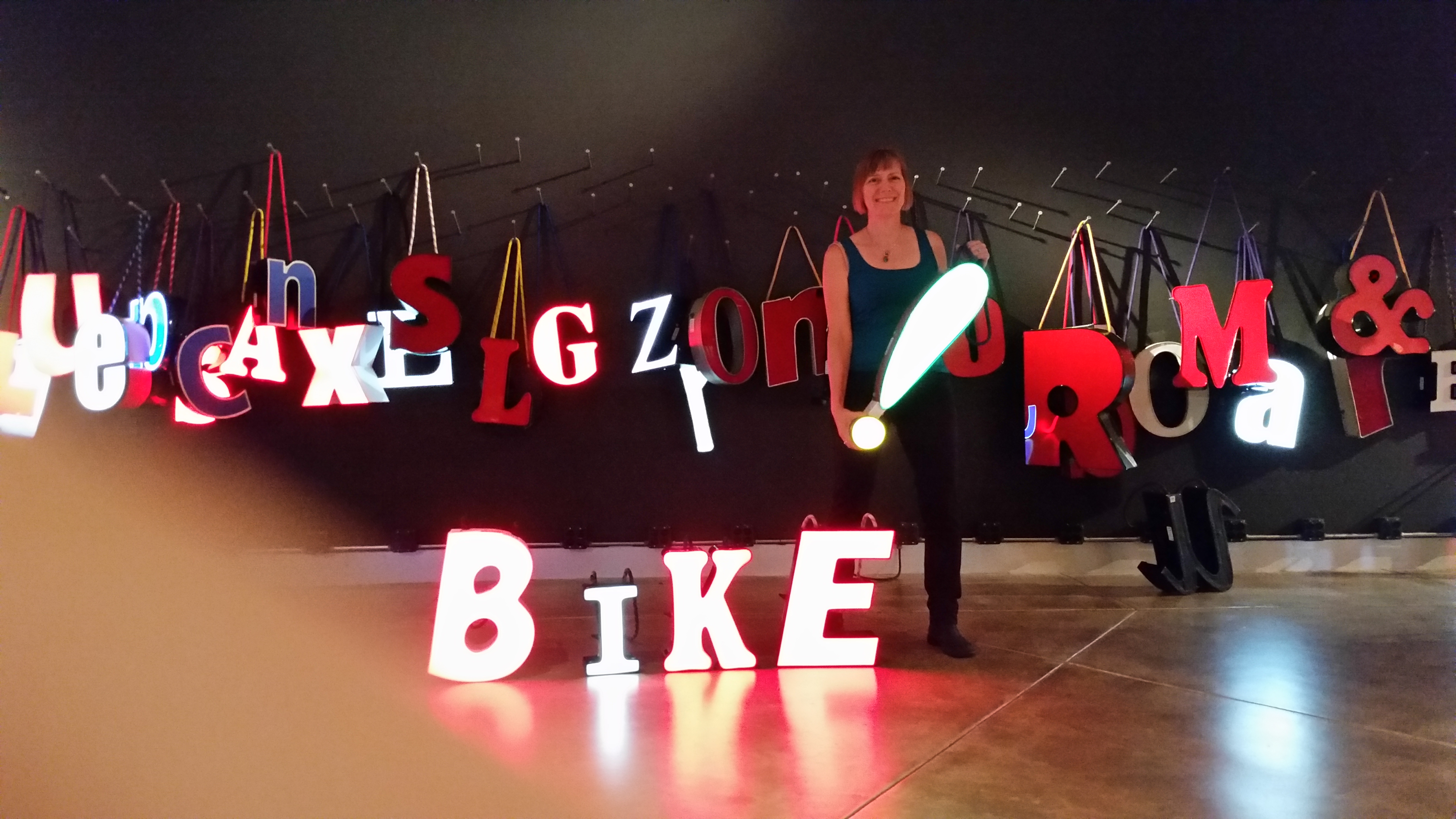 If you’re one of those who gets motivated when you have a reason to track something you’re doing, it’s your time to shine. We’re coming up on the season of multiple challenges related to bicycling.

Some people are trackers, some are not. I’ve gone back and forth. I tried not tracking for a while but realized I like the sense of accomplishment it gives me just to note that I rode, which I do in an old-fashioned actual paper notebook using an actual pen. However, I can get all excited about signing up or creating a team and then forget to plug my miles in before the deadline. Last fall I joined a Facebook group for winter bikers, did riding in the months that count, and have never entered a mile there.

I’ve found over the years that if I tell people I’m doing a challenge — thus exposing myself to potential ridicule or at least pointed comments if I don’t follow through — I’m more apt to get in the saddle and to do the actual recording (science backs me up on this). I’m better at challenges that involve just riding, not ones that place a premium on high mileage. Here goes with the list of ones I may or may not succeed at completing this year.

Errandonnee: March 20-31, ride (or run, ahahahaha) to complete 12 errands in 12 days, with a total of 30 miles. (I might define “run” as “move with my feet and legs on the ground, not on pedals”; walking does meet the rules and it’s more work than bicycling.)

What I like about this challenge: It celebrates utility riding, which makes up most of my bicycling.

What I would change up if I were the one making the rules: The relatively high mileage requirement.

In 2013 I took on this challenge and the problem was that I lived too close to everything. If you’ve organized your Life Radius (a nice concept from Blue Zones) so that many of the things you need lie within an easy walk/bike distance then getting to 30 miles might represent a problem rather than inspiration. But if you’re someone who’s been meaning to add mileage, here you go.

I took it on in 2015 as well but work travel intervened, including trips to bike conferences so it’s kind of hard to complain about that. My schedule for this year’s dates includes quite a bit of travel so I’ll have to do some planning to get this done. I don’t have a tiny Life Radius now; I live two miles from a grocery store, 8.5 miles from work and any errands I might do in downtown, so hitting the mileage mark may be less of a problem than it was back in 2013.

#30DaysOfBiking: So easy. No, really. Just ride every day.

What helps with this: If you’re someone who puts your bike on a trainer for exercise while you bingewatch “Jessica Jones” (except I’m now all caught up), it counts. If you take your bike up to the end of the block and back, it counts.

The challenge part: Every day means every day. Yes, I have taken my bike out at 11:45 at night to go up to the end of the block and back, although not very often. And since I find night riding pretty magical I usually end up riding farther than just a “check the box” distance.

One year Sweet Hubs and I rode to dinner and then to see the Shen Yun dancers with my younger sister and her partner. After the show we went out for drinks and dessert. We ended up riding home after midnight. Voila — one outing/round trip for a fun evening, two days checked off.

My track record on this:

Bike Everywhere Challenge: What used to be called Bike to Work Week/Day is near and dear to my heart, considering I worked on it as some of my first bike advocacy in Spokane and this put me on the path to a change of city and more than one career change. May is recognized as National Bike Month with a nationwide challenge promoted by the League of American Bicyclists. In Washington we call it #BikeEverywhere Month and Cascade Bicycle Club runs a statewide challenge, along with helping Washingtonians find any challenges in their hometowns. I sign up faithfully every year and ride. How could I do otherwise?

How about you? Are you a tracker? Like/love/hate/ignore challenges?