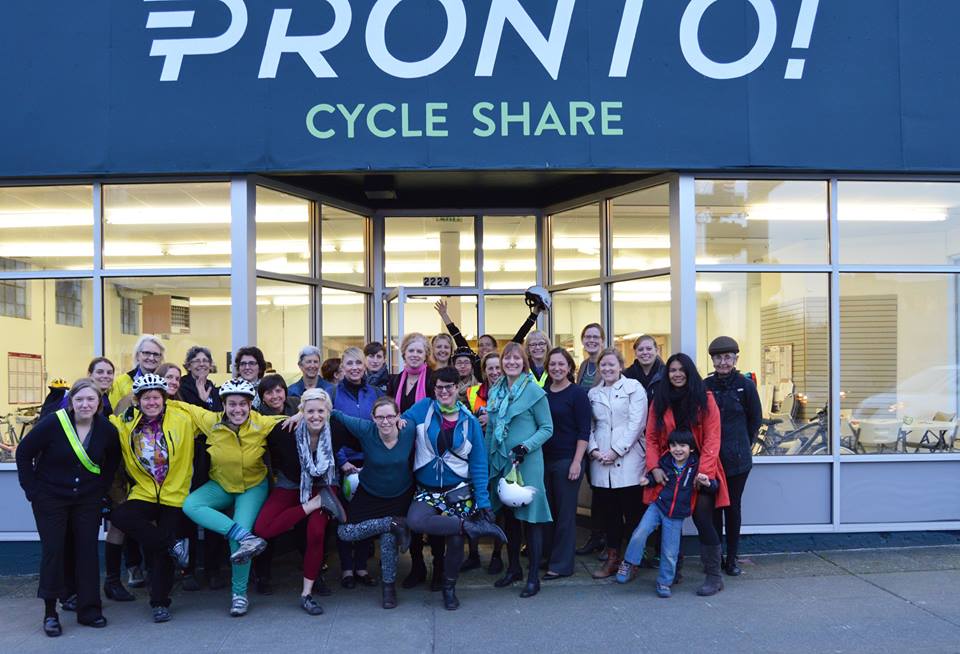 Normally this would be such a piece of cake. Accomplish 7 of 9 types of errands by bike and rack up 30 miles in 12 days. I live nearly 11 miles from work and this pretty much describes my life so #errandonnee is just a recognition bonus.

Except when I am heading to the National Forum on Women and Bicycling (moderating a panel of cool people) and the National Bike Summit, then coming back and doing just enough laundry to go to the Washington Bike Summit being presented by Washington Bikes, where I’m executive director. (Woohoo! Already sold out our Summit, now it’s just final details to bring the awesome.)

I have a folding bike but no hard case for travel unless today (before I pack and leave) I can find a suitcase that will work. This means biking to the luggage store (totally counts for errandonnee) but probably busing home because I won’t find something with a bike trailer hitch. (Already called around to try to find that at local bike shops.)

In DC I pretty much assume all the bikeshare bikes will be used up by the many fellow attendees at #NBS15. I could be facing an entire week with no bicycling. Besides the withdrawal symptoms this seriously cramps my errandonnee style.

I did get started, though. Day One was pretty cool. I used the folding bike because I also had to drive (to Olympia to check out the hotel for our Summit and make some final decisions). I don’t necessarily name bikes but this one just might be Tessa, short for Tesseract (Madeleine L’Engle fans and science geeks represent, with thanks to everyone who helped with suggestions on Twitter: @ajft @tableforlove @NoSpandexReq @hughes_bridget @keithmo @wsulorena @350_PDX @ladyfleur and especially @lizbon with the Tesseract suggestion).

I may not get all the way there this time around. The categories sort of push me to schedule errands all in a pack when I’d rather spread them out but that’s okay. For a full description of Errandonnee with rules see either the post by originator Chasing Mailboxes** or the Washington Bikes version (in which I offer to give you some cool “I arrived by bike” cards).

*The bike advocate in me just has to point out that because I have a bike habit, meaning a non-driving habit, my default setting if I don’t ride the whole way is to take bike + bus. I get work productivity in place of exercise; either is a win. I can no longer bear the thought of spending all that time trapped in a car and feeling frustrated by all the other people trapped in cars who are “in my way”. I used to commute at least 45 minutes each way 5 days a week and honestly, the only thing I miss about that experience is NPR.

**I only know about coffeeneuring and errandonnee through the work I did compiling the Women’s Bike Blogs list. That’s how I found Mary, who is my Twitter friend currently advising me on DC weather for biking as I figure out whether to go find that hard case.