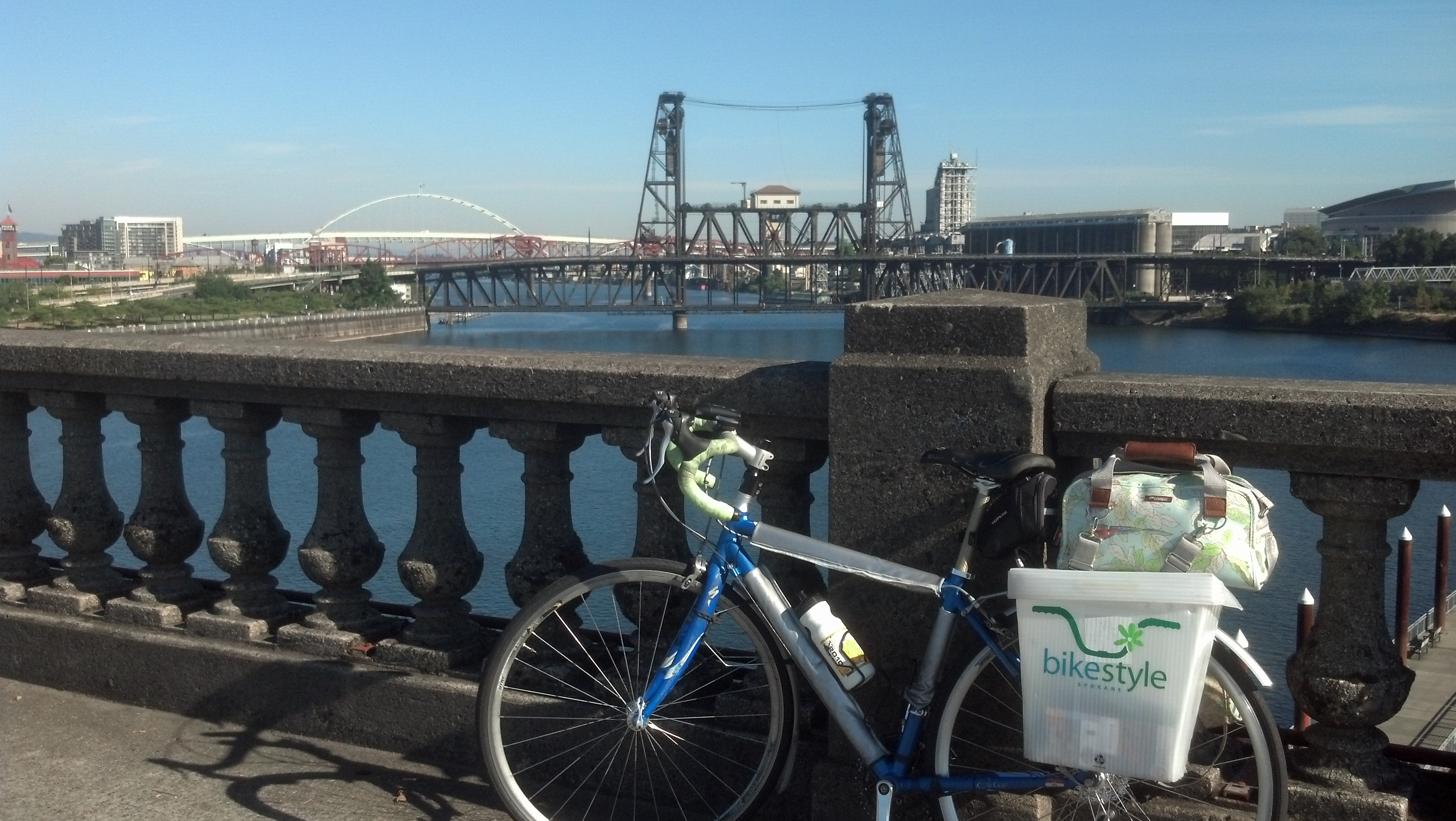 The view from the Burnside Bridge, one of several in Portland that make up part of the bike network.

As I know all too well from living in a city that achieved the Bronze level Bike-Friendly Community designation from the League of American Bicyclists (Spokane), moving to a Gold level BFC (Seattle), and living in the nation’s #1 Bike-Friendly State five years rolling (Washington), it’s never as good as it could be.

People who ride in any of these cities or states hear about the designation, cheer and celebrate, then say, “Oh, but if we only had X or if they would do Y, it would be even better.”

That’s all too true, as we do have a long way to go to have true freedom of choice in our means of getting around without transportation design barriers in our way. But it doesn’t hurt to stop and celebrate the wins along the way and to recognize the efforts we’re now building on. Sometimes an out-of-towner can help us step back and see with new eyes so I’m hoping my fan mail to Portland does that.

I had the chance to ride on Portland’s streets and bikeways a couple of weeks ago at a conference of bike organization leaders and it really was great. Signage pointed to bike routes, whether lanes or sharrows, that led me to other routes, that took me across bridges and through neighborhoods, all without ever losing sight of my best options as a rider.

Riders everywhere in all types of clothing, bike racks at every destination and corner, drivers who seemed perfectly content to give me space while I climbed a while without laying on the horn (as one person pointed out, many of them have been in that role themselves so they understand–people who ride or walk to get around make better drivers).

It was stunning, and the experience will definitely draw me back as a tourist to drop some money in their economy. I bet Portland riders think it could be even better, but boy, what a consistent investment by policy makers can do over time!

In celebration, here’s a list of Portland-area bike bloggers. I have others on my list who don’t appear to be active, meaning their most recent post was in 2010 or 2011; those aren’t included here. And I’m sure this isn’t all, so post links in the comments and I’ll update the Big List.