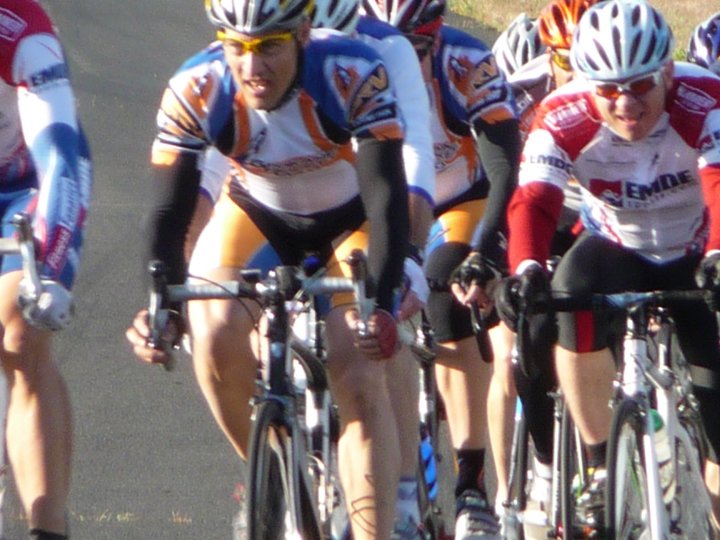 This post sets up a bit of a debate with Bike Shop Girl’s latest in her “War with the Industry” series. Her title: We Are the Problem. The point her post makes: That the sport of cycling causes chaos and gets in people’s way and maybe cyclists shouldn’t expect to be able to do that.

Now, I’m a big Bike Shop Girl fan going way back to before she got hit by a car in 2010 and I wrote a post to try to encourage her to ride again. I share the vision she describes of more and better infrastructure that will encourage people (especially women) to ride more. But I disagree with some of the underlying premises in her post. Rather than write an obnoxiously long comment there, I’m posting here and linking to her.

First two-part assumption in her post I don’t share (and perhaps she doesn’t either—blog posts are meant to inspire comments and she’s certainly done that): Cycling is (just) a sport and therefore doesn’t belong on roads, which aren’t the right place for us anyway.

Sure, cycling is a sport. But that isn’t the only form of bike riding that exists. She wrote,

We fight to share the road, should we be fighting to have our own roads, greenways and trails instead? Is sharing roads with 4,000 lb cars the smartest thing to do?  Do bike lanes only inches from 55 mph roads make sense? Do we belong on roads over 35 mph as road cyclists or commuters?

She compares cycling to sports such as baseball or soccer that have whole stadiums wrapped around their playing surface. Well, sure, if you’re selling tickets you can do that. (And if you have the school system and parks and recreation programs supporting competition in a given sport it seems to get infrastructure built for it. That suggests yet another post….)

Riding a bike for me is not a sport. It is transportation. Transportation systems link the neighborhood where I live to the place where I work, the stores where I shop, the coffee houses where I refuel, the parks where I watch the ducks paddle on the pond, and the bus stop where I might catch an occasional lift to make it easier to get up a steep hill.

None of these are activities that belong inside a stadium. A bike takes me to my life in the real world, and you can’t sell a ticket to that.

Nor do I get to set the speed limits on the streets and roads that are already there—already a sunk cost and public investment that often can accommodate bikes where there may not currently be enough right-of-way to add separated infrastructure.

No, it’s not ideal to ride alongside a state highway. But right now if I want to get from Spokane’s South Hill (or almost anywhere else save for a couple of neighborhoods on the west) to Chaps Restaurant or the Latah Bistro on the Cheney-Spokane Road, my best route is down Inland Empire Way (a city street that is usually all but deserted), then along a short stretch of Highway 195 to reach the turnoff to the restaurants. Both restaurants are awesomely delicious and worth that short stretch of highway, which has never been that bad anyway.

She asks if we belong on roads over 35 mph. I don’t know what the traffic is like where she lives in North Carolina. I can tell you that in large chunks of rural Spokane County, the county roads have paved shoulders and Sweet Hubs and I can ride for miles and only see an occasional vehicle.

We aren’t slowing anyone down, that’s for sure—they pop briefly into the oncoming lane because there isn’t anyone there and whoosh! They’re long gone while we pedal along watching the hawks dive into the fields, smelling the golden croplands and streams we pass, and enjoying the day. No harm, no foul, no need for all of us to be traveling at the same speed.

(The differential between bike speed and vehicle speed would be lessened if every driver actually–wait for it–drove the speed limit. That’s another post too, but if I’m keeping you from speeding I’m quite possibly providing a public safety service, Leadfoot.)

Because Sweet Hubs races I’ve volunteered to support Baddlands and Spokane Rocket Velo as they put on races. I know what she’s talking about when she says road riding sometimes obstructs traffic. I’ve driven the follow car and waved drivers around the pack when it’s safe. I’ve received emails from a friend who lives in rural Lincoln County about a farmer’s opinion concerning cyclists riding in a group along a road also used by farm vehicles, an opinion he expressed USING ALL CAPS.

So I do get what she’s driving at (car pun!) and I know that rider behavior can create occasional issues. But she has a faulty underlying assumption there too (see below).

Meanwhile, saying that we need to work for separated infrastructure (the perfect? probably not) shouldn’t mean that we stop riding on what we have access to now (the good, the bad, and the ugly of today’s streets and roads that we help pay for). She set this up as an either/or in her post.

We used to ask my dad, “Do you want angel food cake or devil’s food?” and his answer then was the same answer I give to the question, “Should we fight to share the road, or should we fight to have our own greenways and trails?”

Another underlying assumption of that post is the one I hear from person after person who drives a car: The idea that “those cyclists” are one group with one set of behaviors. (Hence their need to tell me all about the “bad cyclist” they encountered recently while skipping over any and all “bad drivers” they encountered on the same stretch of road.)

There’s more pack behavior in the peloton, sure, because that’s how you gain speed traveling as a flock and they’re practicing the close-quarters bike-handling skills they need to succeed come race day.

But the single biggest “enemy” facing any discussion of changing transportation modes is the idea that everyone who chooses a particular mode is just like everyone else who chooses that mode.

Turns out devil’s food and angel’s food aren’t the same kind of cake after all.